Itâ€™s a spectacular season of sport this summer, with the Rio Olympics, Euro 2016,Â Wimbledon and the Tour de France, all of which could encourage more people to getÂ active themselves. Does your pharmacy have sports injury expertise?

People participate in sport all year round, but the extensive media coverage of this summerâ€™s events could mean more pharmacy customers are inspired to get active over the coming months. In a survey of 2,000 adults by Movelat, carried out in February 55 per cent said they plan to watch some, if not all, of the Olympics this summer. Almost one in 10 said it will encourage them to get fitter and healthier, with 13 per cent planning to try athletics, 16 per cent intending to swim, 12 per cent planning to buy a bike and get pedalling and four per cent even planning to try gymnastics. 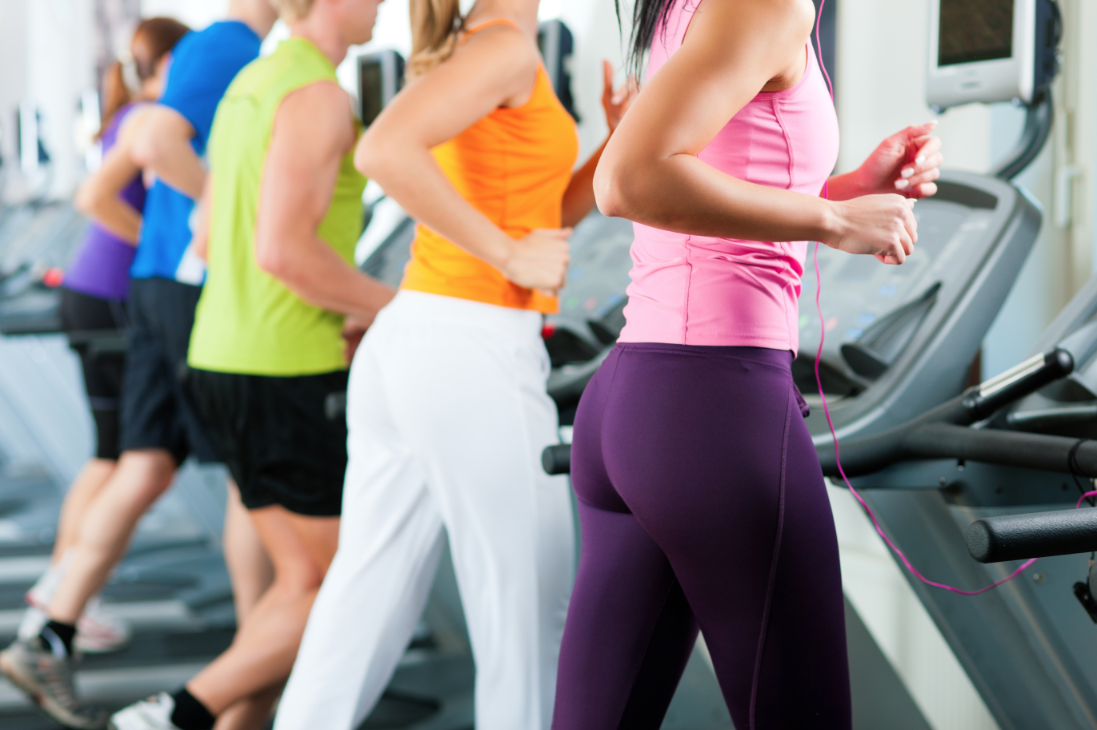 If that comes to fruition, all this increased physical activity could mean more injuries and the need for first aid advice and products. At this time of year, community pharmacies need to make sure they have a wide range of suitable products in stock. â€œIn the run-up to the Olympics, lots of people are keen to get active and try out new sports,â€ says Clive James, training officer at St John Ambulance. â€œCommon injuries include sprains and strains, but often more serious injuries can occur. Itâ€™s important to know how to react to reduce further injury. By being prepared and knowing what to do should the unexpected happen, you can be the difference.â€

According to a Mintel report in February 2016, the first aid category showed a dip in value in 2015, driven by a decline in launch activity as well as reduced investment in recorded advertising spend. A Euromonitor report on wound care in November 2015 revealed most households have wound care products, with these being only infrequently replaced. Reduced demand is being linked to an ageing population and increasingly sedentary lifestyles. Children are spending more of their time online rather than playing outdoors, partly due to parentsâ€™ safety concerns, with this resulting in fewer accidents and scrapes. Adults, meanwhile, are becoming less likely to take up pursuits such as DIY, which can lead to accidents.

However, demand for first aid products can increase over the summer. â€œThe trend shows an overall slight increase in sales of the products in the summer months compared to the winter months,â€ says Ritu Bhardwaj, senior product manager for the Alvita plaster and bandage range.

According to RockTape UK managing director Simon Bunyard, RockTape yearly sales often spike around key sporting moments. â€œSales around the London and Brighton marathons in April are always strong,â€ he says. â€œLikewise, in 2012 around the Olympics, our sports retailers saw a big takeup in RockTape. With Rio around the corner, we anticipate this will be the same within both sports retail and pharmacy.â€

If customers are motivated to be more active this summer, they may need help in putting together a comprehensive first aid kit for the home and car, to suit different needs. Pharmacy staff may also need to brush up on their first aid skills.

â€œBasic first aid skills are vital, no matter what time of year,â€ says Andrew New, head of trainingÂ at St John Ambulance. â€œHowever, as the days get warmer, itâ€™s good to be prepared with seasonal advice. Pharmacists are trusted within the community and, through routine conversations, have the chance to teach patients how to deal with everything from irritating insect bites to potentially fatal heatstroke,â€ he says.

â€œPharmacies that offer minor ailment services will see a boom from June until September, so itâ€™s crucial that all staff are trained in both paediatric and adult first aid in order to support regular patients and customers with confidence. Online resources are useful, but theyâ€™re no substitute for booking staff onto certified first aid courses.â€

There is a steady demand all year round for products such as topical analgesics. According to the Movelat survey, 21 per cent of adults have injured themselves trying out a fitness activity, including falling over while running, back injuries from weight lifting and even broken bones. Fifteen per cent said they had to stop a sport because of an injury. More than a fifth have used a painrelieving cream or gel after suffering a sprain or strain and 16 per cent have used either a heat or cooling spray to tackle the pain.

The Mentholatum Company has produced a new healthcare professional leaflet called Pain Relief Without Pills, which is designed to give clear guidance on when and how to use different types of topical products. â€œUsed appropriately, topical analgesics are an effective and convenient option to help sporty types self-treat muscular aches and pains and minor sports injuries,â€ says Kaye Mackay, senior brand manager for Deep Heat and Deep Freeze.

â€œWhen people take up a new sport, enthusiasm may get the better of them, leading them to overdo things and end up with sprains, strains, aches and pains, which could deter them from continuing.

â€œWhen treating sports injuries, it is important to know which products to use and when to use them, so staff should be ready with advice and recommendations. For example, when treating a sprain or strain, cold products should be used as soon as possible after the injury and continued for up to 72 hours. Once the cooling period is over, and when any swelling or inflammation has gone, heat treatment can be started.â€

Biofreeze says many people simply use oral analgesics when they injure themselves, but they should look at drug-free alternatives where possible. â€œWhile it is likely that more people taking part in sport will increase the risk of injury, it is also important to note that it is absolutely critical for wellbeing,â€ says Andrew Hawkyard from Biofreeze.

â€œWe highly recommend people start a new sport and become more active. For injuries or chronic pain, always try a drug-free alternative first. Other suggestions could be kinesiology tape or a TENS machine, which we would suggest before resorting to paracetamol or ibuprofen.â€

To prevent injuries, practical advice is important, especially if customers havenâ€™t exercised much in the past. According to the Movelat survey, 35 per cent of people donâ€™t warm up before exercise, risking serious injury. Almost a fifth of those surveyed admitted that they â€œforgetâ€ to stretch after a workout, 10 per cent donâ€™t do it because they donâ€™t know how to and 17 per cent avoid warming up properly because they are selfconscious about the way they look doing it.

Olly Jones, head trainer at the Marlow Club in Buckinghamshire, says itâ€™s concerning to hear that so many people donâ€™t bother to warm up before exercise. â€œNot only does a pre-exercise warm-up enhance your performance, it prevents injury by loosening the joints and increasing blood flow to the muscles, allowing the body to prepare slowly and safely,â€ he says.

â€œWithout it, we risk sprains and strains. An ideal warm-up should last about 20 minutes and involve light cardiovascular work such as jogging, combined with stretches to warm up muscles.â€

Fiona McElrea, Whithorn Pharmacy, Whithorn â€œThis category brings a lot of people into the store, as pharmacy is the first port of call for minor injuries. This could be to deal with cuts or burns, or people stocking first aid kits. Some people come in to ask what first aid products they should have, for example to take on holiday, such as antidiarrhoeals. People quite like the brands they know when it comes to first aid; Elastoplast, Germolene and Savlon are our big sellers. This also provides a great opportunity for link selling. One thing thatâ€™s slightly frustrating is that newly launched products usually go to multiples first, and when people come into independent pharmacies and ask for them we canâ€™t provide them. Itâ€™s great when brands do send products out to the independents earlier.â€

Rena Dadra, Village Pharmacy, London â€œUp until recently, people have been going to their GP, but now pharmacy is stepping in more as a first port of call. We make sure that the category is marketed really well to the public. A lot of people come in for the Medicare range, and a couple of months ago, we started a new section in the store with Medicare knee supports and so on. This is alongside the pain section and the two go really well together. Customers can buy their ibuprofen or paracetamol at the same time as any knee supports or anything like that. Sales have gone up significantly and I am getting excellent feedback from customers. Multivitamins for joints are another big seller. We have moved the multivitamins to the front of the pharmacy and that has made a big difference, driving up queries and so on.â€

Sultan â€œSidâ€ Dajani, Wainwrights Chemist, Bishopstoke â€œThis is a staple for most pharmacies, so having a good range is valuable. History has shown that if we keep losing key categories, it will hurt the independent sector and it will take a long time, if ever, to recover it all back again. In terms of best selling brands, Fortuna is good. Other suppliers Iâ€™ve tried are definitely cheaper, but are not as quick or reliable to replenish stocks and this could mean lost sales, so I now avoid those. One frustrating thing with this category is a lack of competition in the sector. We have advertised our first aid service on our website and local gyms and rugby clubs, as many of us presume the public are aware we do this when in fact they are not. Be prepared for all situations: train at least two staff members and appoint a team leader.â€

We use essential, performance, functional and advertising cookies to give you a better web experience. Find out how to manage these cookies here. We also use Interest Based Advertising Cookies to display relevant advertisements on this and other websites based on your viewing behaviour. By clicking "Accept" you agree to the use of these Cookies and our Cookie Policy.